If you’re a cheesecake nonbeliever, then prepare to be converted.

These cheesecakes are so amazing. So so so amazing. (Can you tell I’m excited about this recipe?)

Not only did the pictures turn out fabulous (yay for scrapbook backgrounds and my camera alhamdullilah!), but these mini cheesecakes actually taste better than they look. Don’t ask me how. I’m still in awe.

At first glance, it looks like the crust is overpowering the cheese. But it’s not. It’s the perfect ratio, I promise you. The only reason the crust looks uneven if because I don’t think I let it harden enough in the oven. It doesn’t even matter–the crust has the most perfect taste and texture known to cheesecake-kind.

I made these beautiful creatures one moon eclipse ago (yesterday, for those who don’t know. Did anyone catch the the lunar eclipse?) for my grandfather’s birthday. My mom didn’t want me to make a cake, since they’d already bought one. I was disappointed since I had been really excited about making another fondant cake, since the iPhone cake had turned out so well… but you know what?

I’m so glad I made these! 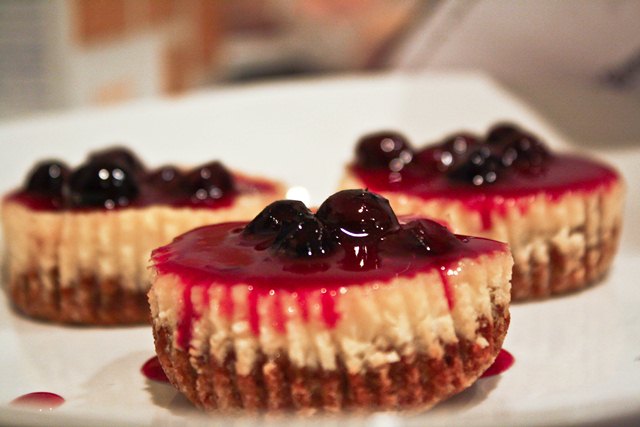 (Sick of the pictures yet? Still a few more to go!)

This is officially my new favorite dessert to make.

Okay, enough talk. *shoos you away to your kitchen* Run along and make these. You can shower me with gifts and gratitude later. 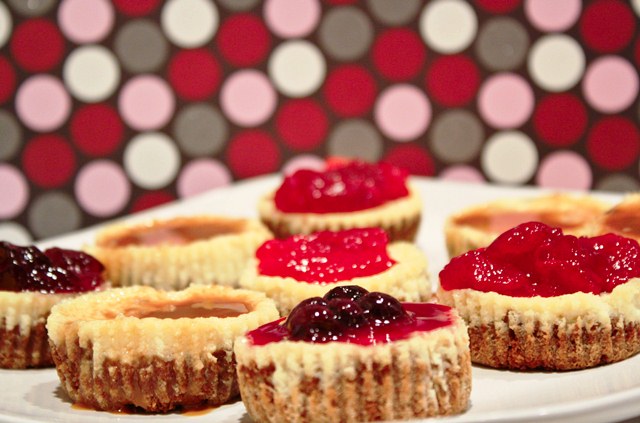 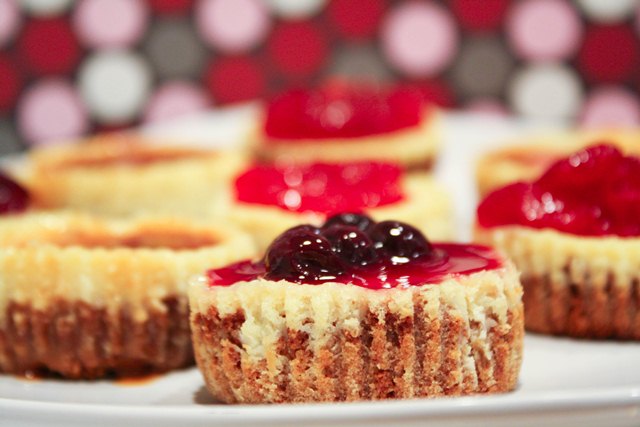 The following recipe makes about 24 mini-cheesecakes. Knowing my family, I split it in half and made 12 (which I will probably be doing from here on out). If you feel like your family is normal, then don’t make any changes to the recipe. 24 will probably be a perfect amount.

adapted from My Baking Addiction.